Our Jukido Jujutsu (sometimes spelled Jiu-Jitsu, Jujitsu) program is considered unique among the many other styles of Jujutsu within the martial arts community. Although engaging and fun, each lesson plan is designed to provide specific concrete objectives focused on purposeful self-defense. While many schools approach Jujutsu with the “Ground and Pound.” philosophy, our viewpoint is to recognize how to create “opportunities” and curate techniques that immediately allow the student to defend and escape. 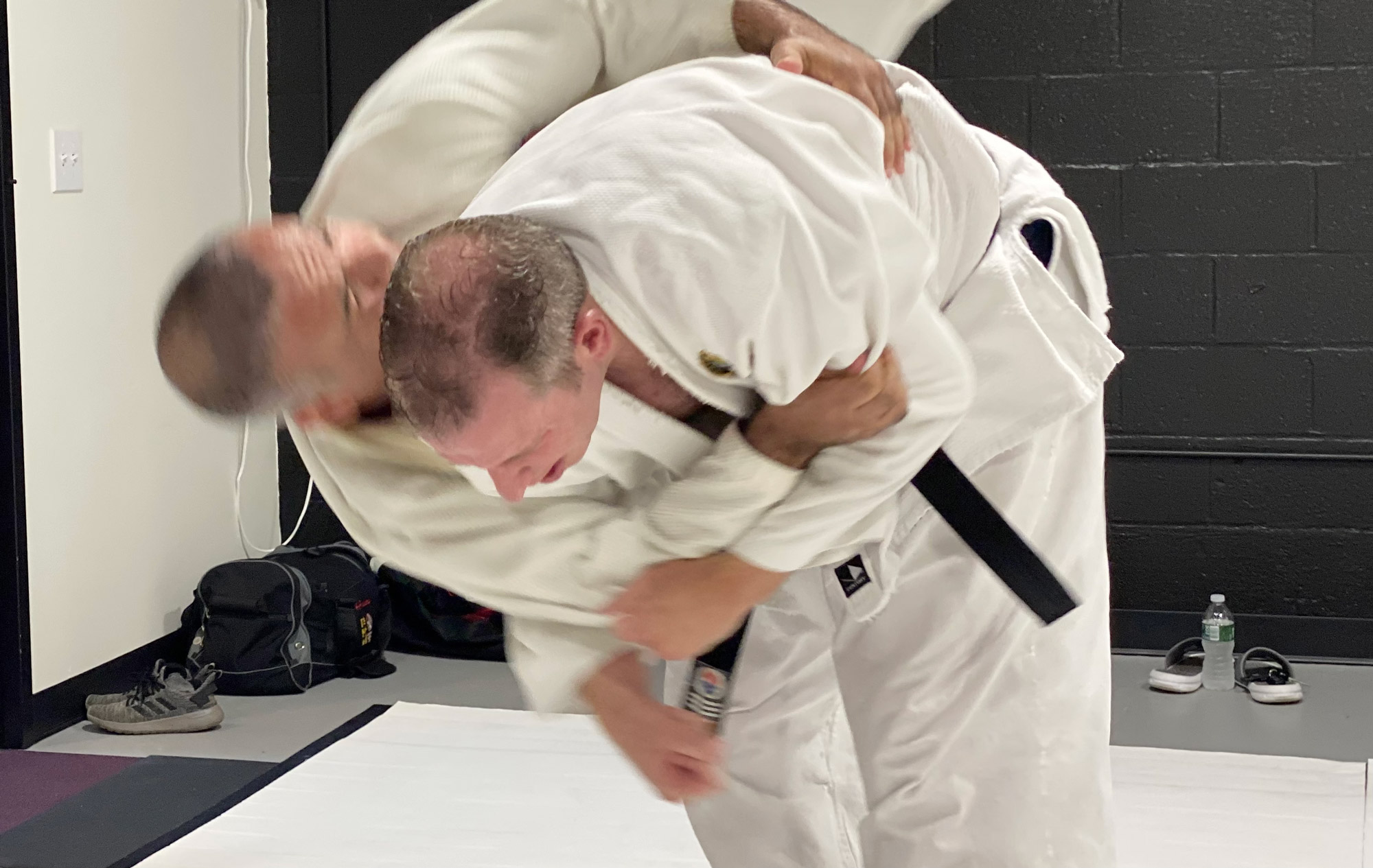 At the Jukido Jujutsu Dojo this is where your journey starts. Every class focuses on the fundamentals that delivers specific needs for the newcomer and experienced practitioner alike. These concepts allow students to explore and develop tactics and strategies for a wide range of self-defense situations. Although each situation is different, the student will be conditioned to counterattack appropriately from both standing and grounded positions. Some common types of techniques include escapes from chokes and strangulations, wrist, and arm grabs; proper defense and counterattack for punches, strikes & kicks, and weapons defense. Additionally, the development of tachi-waza (standing throws) in combination with the principles of kuzushi (unbalancing), jushin (center-line principle); and shorin-ji (points and circles) are cultivated. Instruction in this classical art of Jujutsu includes appropriate awareness of yourself and your surroundings along with the concept to “think ahead” before you speak or act.

Maintaining the position of a “parent art”, from which other forms of martial arts such as Aikido, Judo and several Karate styles were extracted, Jujutsu is often considered the most complete and effective self-defense system in part because technique combined with momentum, leverage, speed and unbalancing rather than pure strength and athleticism is the focus. However, prominence is specifically placed on throws and takedowns, joint manipulation, and groundwork in response to attacks. Although strikes and thrusts by hands and feet are practiced and polished to produce a “complete” comprehensive system of self-defense, Jukido Jujutsu is not training a “little bit of this and a little bit of that.”

Jukido can but is not conclusively translated from Japanese as “the way of flexible flowing energy” and is the style that the Jukido Jujutsu Dojo spotlights. Inspired by traditional teaching practices our long-established roots help keep us grounded in preserving historical teachings, while focusing and exploring modern realities of attacks and assaults

Using and combining a vast variety of techniques, including kicks, punches, blocks, strikes, evasions, sweeps, throws, and joint manipulations to defeat your attacker is the essence of Kokondo Karate. Yet, devising a curriculum free of “stationary and static” and all too often prearranged-only movements is the ultimate truth of the Kokondo way. Quite simply Kokondo Karate is dynamic self-defense in its purest and most efficient form. While many modern-day karate systems have abandoned their focus as a real actual fighting (jissen) system for self-defense (goshin) and are now more about forms, sparring and point management for tournament and sport karate, Kokondo Karate’s aim is to defeat your attacker in the shortest possible time when a physical confrontation becomes inevitable. In the broadest sense, students make balanced use of both hand and foot techniques as a method of protection. In critical times when there is no alternative than to respond physically against an assailant, a synthesis of stances, posture, body shifting, hip rotation, and breathing all unite to provide a fortress of power.

Kokondo Karate classes differ widely from Jukido Jujutsu in that most of the Karate classes emphasize a fairly equal measure of basic technique training (kihon), forms (kata), and self-defense (kumite). 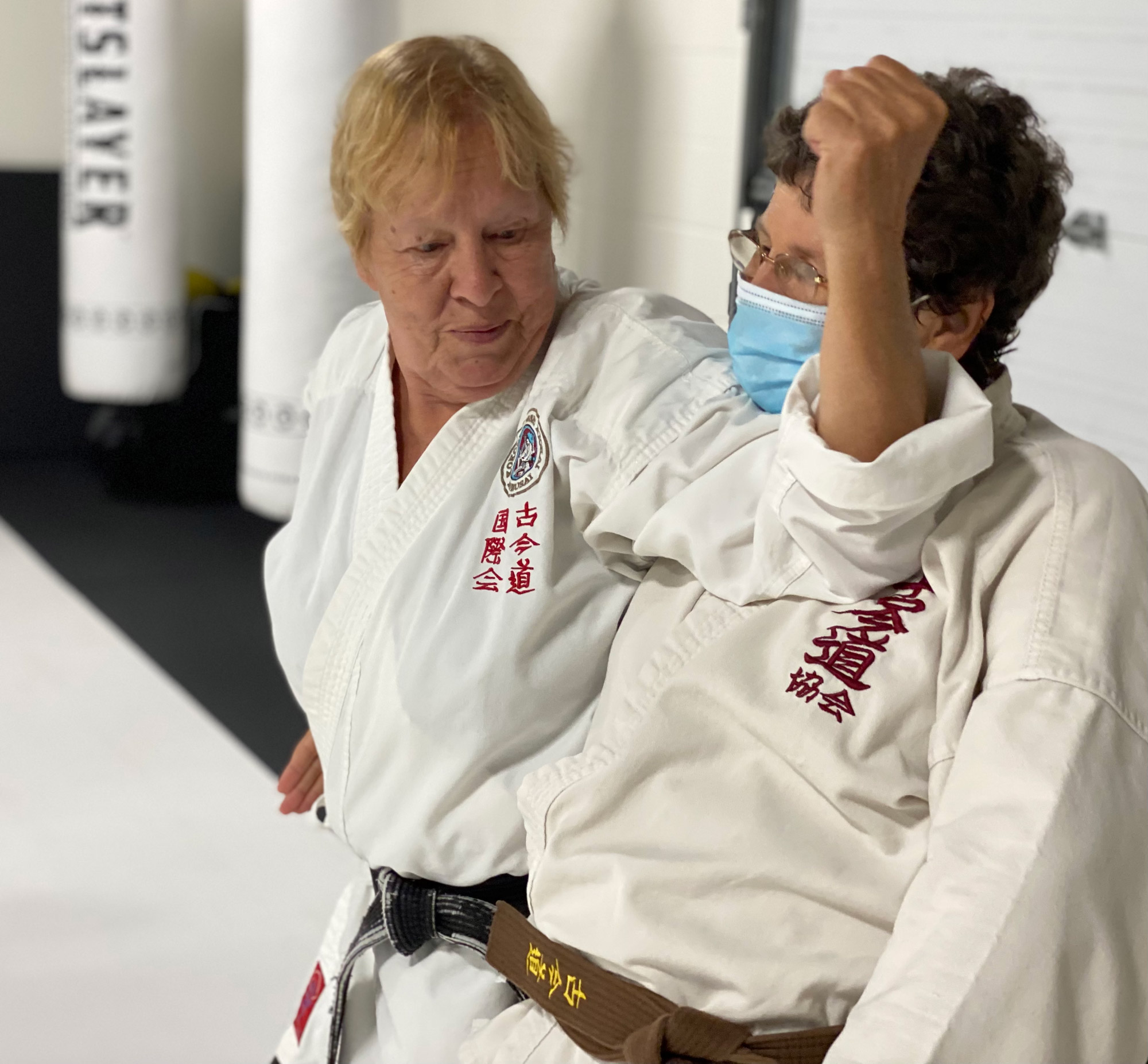